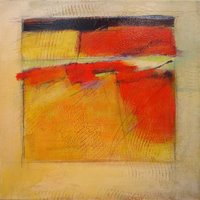 That's what I tell my kids and g-kids when they venture out on their own. "The choices you make now will determine the quality of the rest of your life." I try to keep my lectures and words of advice short and to the point, sometimes numbering them as in, "Good Grief! Lecture #357! You know that!!" Choices. Ummm, strange that I never used that as a title.

I've been butting up against some issues for a number of years. Unable to make a decision, I've let it drift, assuming the choices would take care of themselves one way or another. (Geeze, she's talking in circles again!) Okay... the question is: what to do about the career at an age when many are retiring/retired from their day jobs. Oh, but artists don't retire, donchaknow? Ummm... could be the choice is already made. Could be I made it by doing relatively nothing. My bad. I think the career climaxed about five years ago, but the direction was probably determined even before then.

Background: I've been extremely fortunate with big career moves just sort of falling into my lap. Sure, I did the prep work, got the work up to snuff and when the wind blew my way, I sailed. More good things happened along the way, new and better galleries and such... my cup overfloweth. The point is, I didn't really have to market myself very much. Just always ready when the chances came. (I haven't had business cards or printed resumes in ten years.) Lately I've been wondering just when stagnation set in. Sure, I still have some good galleries, but they aren't the top drawer variety where I think much of my work might have made it. I never pitched to them. I've no idea how far I could have pushed this career if I'd really been motivated to play the game.

Too late now. Oh no it isn't, you say. Well... yes it is. That's where the 'choices' thing comes in. I can't (or won't) juggle priorities that I consider dear to me. That would be *family* first and foremost, and even moreso as time whizzes by. I'm a real sucker for my kids and g-kids... the old man is pretty special, too. With the acquisition of this new/old lake house and the work (energy) it will take to get it in shape for all to enjoy, I can't see how I could possibly reboost a career that is merely coasting. Monetary goals set early on, such as putting aside a partial college scholarship from my art money for each g-kid, have been met. The other goal... that of a stay-at-home-mom who wondered what her worth was beyond family, has also been pretty much realized. Though I still think I could have worked it more effectively.

That's not to say that I'm quitting... I'll paint to the finish providing my eyesight holds up. I've a solo show lined up for February and expect there will be a few more down the line. But the fire doesn't roar anymore. The recent series of bokushos still promises many variations, but I'm not going to churn them out just to see how many I can do. The galleries still say 'big, bigger, biggest' but man, that's like... work! I suspect if I wanted to create an oldladypainter niche that would carry me through, landscapes would be the way to go... they would certainly sell easier than abstracts. Oh, yuck! Never mind me... I'm just tossing those dang *choices* around again... happens every six months or so.

Hi Karen, To me is sounds as if you are in a great position, you've met your financial goals, you have a full family life, you get to paint as much or as little as you want and galleries still want your work. I look forward to being in a place like that someday!

It's probably good to take stock every once in awhile, though.

Shit yeah. I wish I could hang with you. I don't know nothin', but at my punky age of 43 I'm thinkin' that you are a perfect role model. You haven't got a chance in the world, so you are going to use it. Stagnation set in when you were in a groove. Crazy isn't it? However, it would be pretty hard for me to "nevermind" you at this point.

ps. did you use a wood-graining comb in "Marin?"

Thanks, guys... appreciate the confidence vote. Not complaining, most of the time in awe that things went so well, considering. Can't help second guessing myself. Steven, stay tuned re: texture...

Karen, I know my Dad would always say to me "hang in there kid" , but ultimately he would also say "it is your choice" and give it so me time, take a break, refresh refuel and come at your decision from a place of calm and restfulness. Your family loves you whether you paint or not.

I applaud your priorities.

This was a facinating post--food for thought. It seems you know your priorites well and that always helps in the decision-making process.

It's the best possible place to be. You can make new choices every day, independent of which way the art world winds are blowing.